A downloadable game for Windows

Crystals! Mechs! Magic! Sc-Fi! Bullet Hell! Any of that sound interesting? Then read on!

Crystal Mech is a Top-Down Sci-Fi-Magic Bullet Hell. It's designed as a co-operative game for 1-4 players.

Crystal Mech was created by a team of 8 people [4 programmers, 4 artists] for the annual DAE Crea-Week Game Jam. This Game Jam started on Wednesday-morning, the 2nd of May 2018, and lasted until Friday the 4th of May at noon, so all in all that's 2 and a half days of work! The theme of the game jam was "Magic & 3 Rules".

Crystal Mech is a Top-Down Sci-Fi-Magic Bullet Hell, in which 1-4 players can team up, and try to defeat hordes of enemies! Each player will play as a Mech, with a big, colorful Crystal at it's core. The Mech can be configured into 3 different modes, the shape and color of the crystal changes with each form. Each mode has 2 powers associated with it.

The first mode is the offensive mode, represented by the Red crystal. In this mode, the Mech can rapidly shoot Magical Missiles, or a slower, but very powerful Laser!

The second mode is the defensive mode, represented by the Yellow crystal. When using this configuration, the Mech can put down small semi-permanent shields or large spherical temporary shields. The Enemies' Magic Missiles bounce off of these shields!

The third and last mode, is the Utility mode, represented by a Blue crystal. In this mode, the Mech is able to run speedily, and heal itself and other nearby Mechs.

We ended up getting the fourth place [out of 15 contestants], and are all really proud of what we were able to make in such a short period of time!

To play the game, Download the zip file and unzip it, then double-click the executable to start playing!

Sidenote: To play the game, you'll need some controllers! 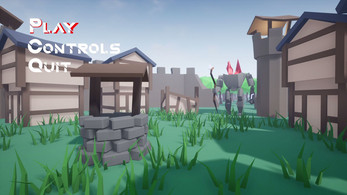 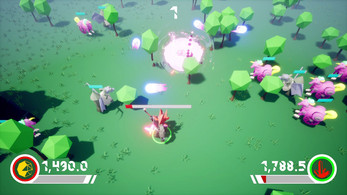 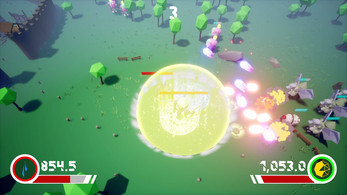 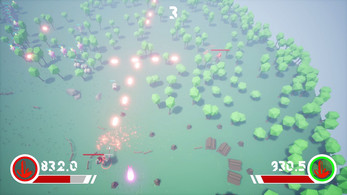 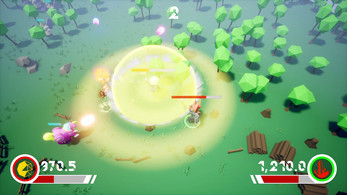